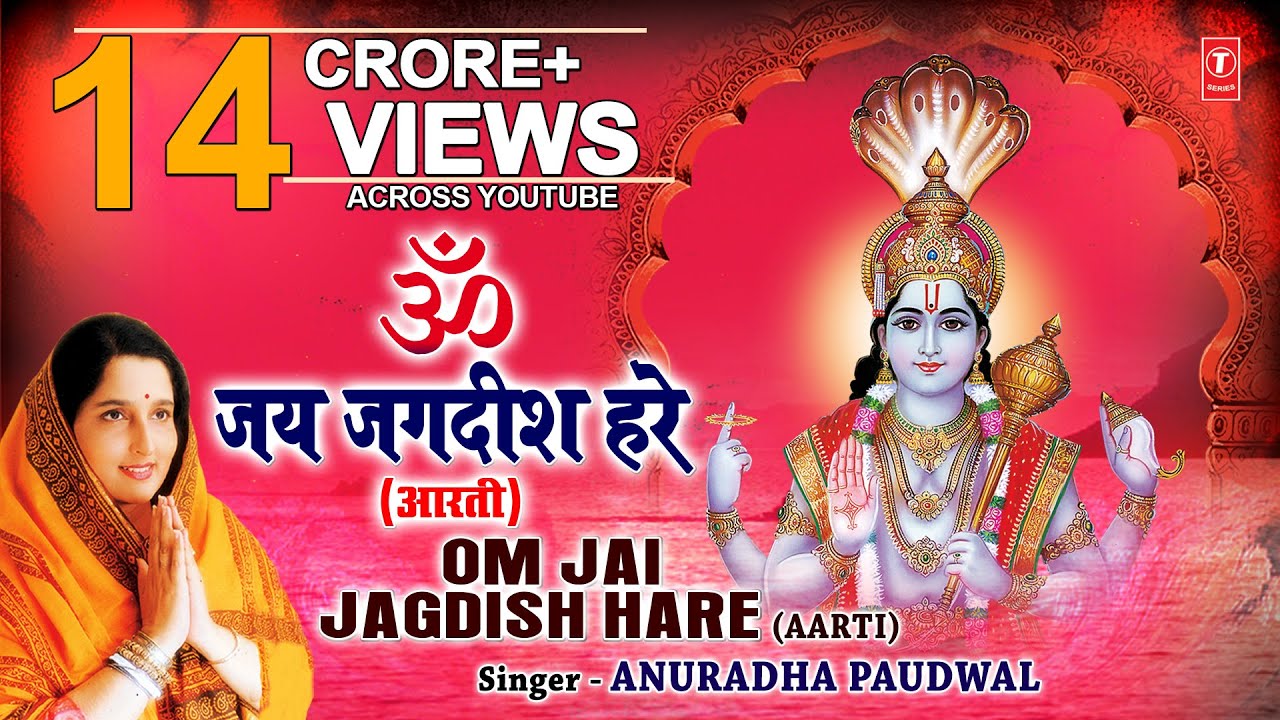 The popular imagination phenomenon might have made it limited to Lord Vishnu. 1/nThe aarti made its first raw cinematic appearance in a song from the 1952 movie, Anand Math.In here, the Govinda damodar Stotram of Sri Bilva Mangala Thakura is adapted with the ‘Jai Jagdish Hare’ refrain.

The rendition of the written aarti reaches its zenith in a later 1970 movie, Purab Aur Paschim. The protrayed song in the movie, playing background of the aartī, beautifully portrays the devotion towards the Radha-Krishna.This prayer symbolizes the continuity of the Indian tradition before and after India’s independence. at this point of time the song was becoming a favorite aarti staple across India.The aartī’s various variations employing same background tune and structure, are used for specific deities such as in: Om Jai Shiv omkara, Om Jai Lakshmi mata, Om Jai Ambe gauri, Om Jai Adya Shakti, Om Jai Saraswati Mata, Om Jai Gange Mata, et al..

There are two point of view,It’s not written for Vishnu, but the general Almighty…

Further, the epithet ṭhākura ji, is quite a prevalent name for Vishnu in his Shri Krishna avatara.