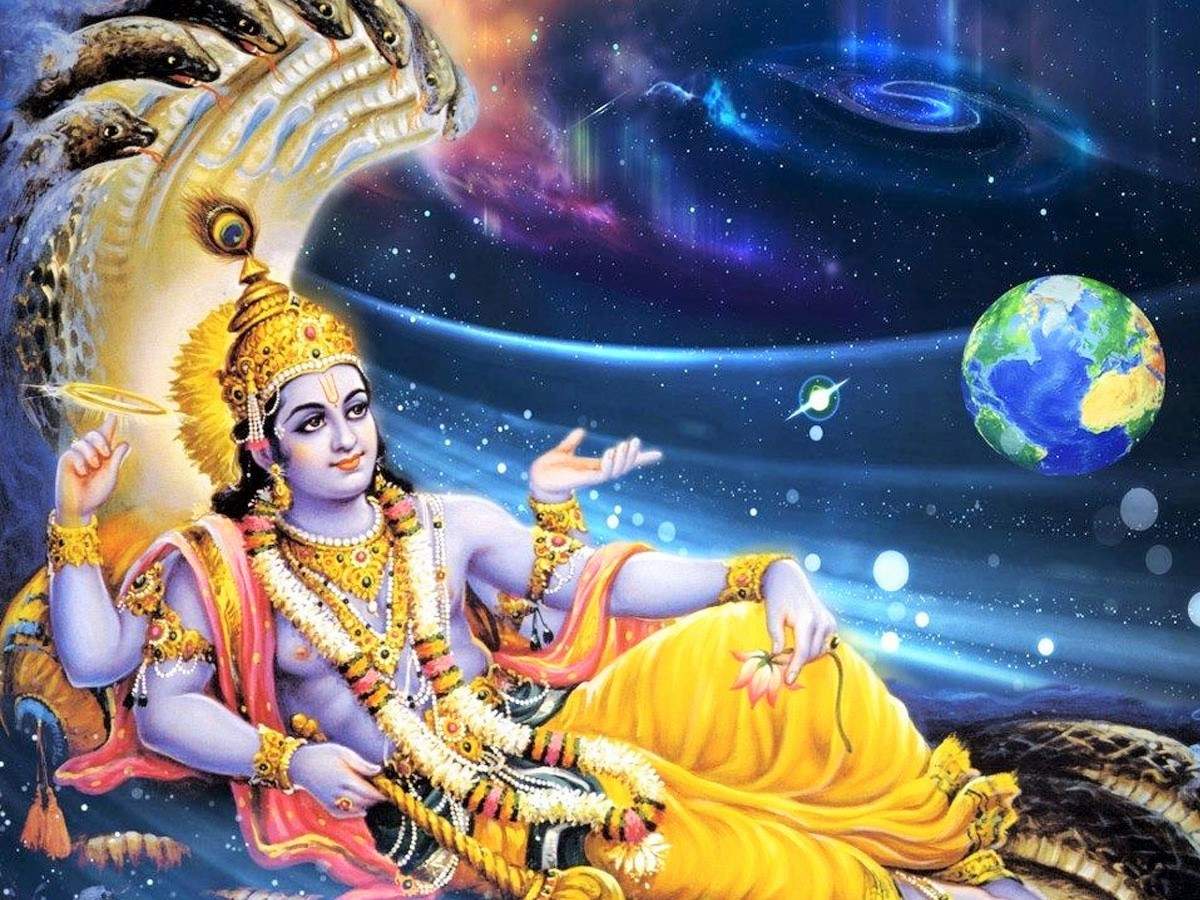 This article is dedicated to answer various questions related to Ekadashi Tithi and Ekadashi Vratam. This article will keep updating based on the need of new information.

In the fourteenth chapter of Padma Purana, in the section named Kriya-sagara-sara, Srila Vyasadeva explains the origin of Ekadasi to Sage Jaimini as follows:

At the beginning of the material creation, the Supreme Lord, for the purpose of punishing the sinful human beings, created a personality whose form was the embodiment of sin (Papapurusha). The different limbs of this personality were constructed of the various sinful activities. In order to control Papapurusha, the personality known as Yamaraja came into existence along with the different hellish planetary systems. Those living entities that are very sinful are sent after death to Yamaraja, who will in turn, according to their sins, send them to a hellish region to suffer.

The living entities, according to their karmic activities thus began to enjoy or suffer. Seeing so many souls suffer in hellish condition, the compassionate Lord began to feel sorry for them. In order to help them He manifested from His own form the deity of the lunar day Ekadasi. Thus, Ekadasi is the personification of the vow to fast on the eleventh day of the lunar month. Therefore Ekadasi is the selfsame form of the Supreme Lord Vishnu. Sri Ekadasi is the utmost pious activity and is situated at the head among all vows.

Afterwards the different sinful living entities began to follow the vow of Ekadasi and were then elevated quickly to the abode of Vaikuntha. Following the ascension of Sri Ekadasi, Papapurusha (sin personified) gradually saw that his own existence was being threatened. He approached Lord Vishnu praying that, ‘O Lord, I am your created progeny, and it is through me that you wanted distress given to the living entities who are very sinful. But now, by the influence of Sri Ekadasi, I have become all but destroyed. You please save me from the fear of Ekadasi. No type of pious activity can bind me. But Ekadasi only, being Your own manifested form, can impede me. I cannot find a place where I can be free from fear of Sri Ekadasi. Oh my Master! I am a product of Your creation, so therefore very mercifully direct me to a place where I can reside fearlessly.’

After this, Lord Vishnu, observing the condition of the Papapurusha began to speak thus: ‘Oh Papapurusha! Rise up! Don’t lament any longer. Just listen, and I’ll tell you where you can stay on the auspicious lunar day of Ekadasi. On the day of Ekadasi, which is the benefactor of the three worlds, you can take shelter of foodstuff in the form of grains. There is no reason to worry about this any more, because My form as Sri Ekadasi Devi will no longer impede you.’ After giving direction to the Papapurusha, the Supreme Lord Vishnu disappeared and the Papapurusha returned to the performance of his own activities. According to the instructions of Lord Vishnu, every kind of sinful activity that can be found in the material world takes its residence in this place of foodstuff (grains). Therefore those persons who are serious about the ultimate benefit for the soul will never eat grains on the Ekadasi day.

This is the story behind ekadashi vrat puja.

As we all know its importance is fasting on ekadashi may free you from sins. Different Ekadashi has different story behind it. Common is some sage suggests some x person to fast on x ekadashi to free from x sin.

How many Ekadashi are there in a year?

Not only Ekadashi but also all tithis (other than Purnima (full moon day) and Amavasya (no moon day) which occur only once in a month) come twice in a month i.e one in Krishna Paksha and one in Shukla Paksha. Also, There is a concept of Adhika Maasa (extra month) which occurs about every 32.5 months to keep the lunar (a lunar year contains only 354.36 days) and solar calendars aligned.

So there are 24 Ekadashi fasting days in a normal year

There are 2 extra Ekadahsis in Adhika Maasa. Hence, there would be 26 Ekadashi fasting days in a year which has Adhika Masa:

How many days after one another Ekadashi comes? and why?

Generally 15 days but not necessarily. As mentioned above Ekadashi re-occurs after 15 tithis but there is no fixed duration for a tithi (in terms of days).

Does each one different from each other? why is it different?

Each one is associated with some story of Lord Vishnu. For example, DevShayani Ekadashi and DevUthani Ekadashi are completely different.

Padma Purana: Uttara-Khanda has a dedicated chapter on each Ekadashi:

Does the sequence of Ekadashi remain same for each year? Why do they come in the same sequence?

Like we have Jan, Feb… similarly we have Chaitra, Vaisakha… So the sequence remains the same.

Is there any Ekadashi, which is most important hence most people follow it?

This depends on opinion, belief and geographical location. In Narada Purana:

Sanatkumar says: “O Narada! A fast on Ekadashi (eleventh day) in both the phases of a month pleases Sri Hari and fulfills all the desires”.

As per PADMA-PURANA : UTTARAKHANDA : Chapter 51. Nirjala Ekadasi, sage Vyasa advised Bhima to observe single Nirjala Ekadasi fasting to compensate for not observing all Ekadashi fasting in a year.

Why Nirjala Ekadashi is also known as Bhima Ekadashi?

Bhimsen, the voracious eater, was not able to control his desire of having food. Due to this reason he was not able to observe Ekadashi fasting and met Maharishi Vyasa to find some solution.

Sage Vyasa advised Bhima to observe single Nirjala Ekadasi fasting to compensate for not observing all Ekadashi fasting in a year. ~nirjala-ekadashi-drikpanchang

Due to this legend Nirjala Ekadashi is also known as Bhimseni Ekadashi.

The more detailed story is given here (in Hindi) and in PADMA-PURANA : UTTARAKHANDA : Chapter 51. Nirjala Ekadasi.

How to do the Ekadashi fast?

As we all know its importance is fasting on #ekadashi may free you from sins. Different Ekadashi has different story behind it. But in this video we presents most common theme : Fasting and how to do it.

This blog post will keep updating to add more information.

Difference between Purnimanta and Amanta