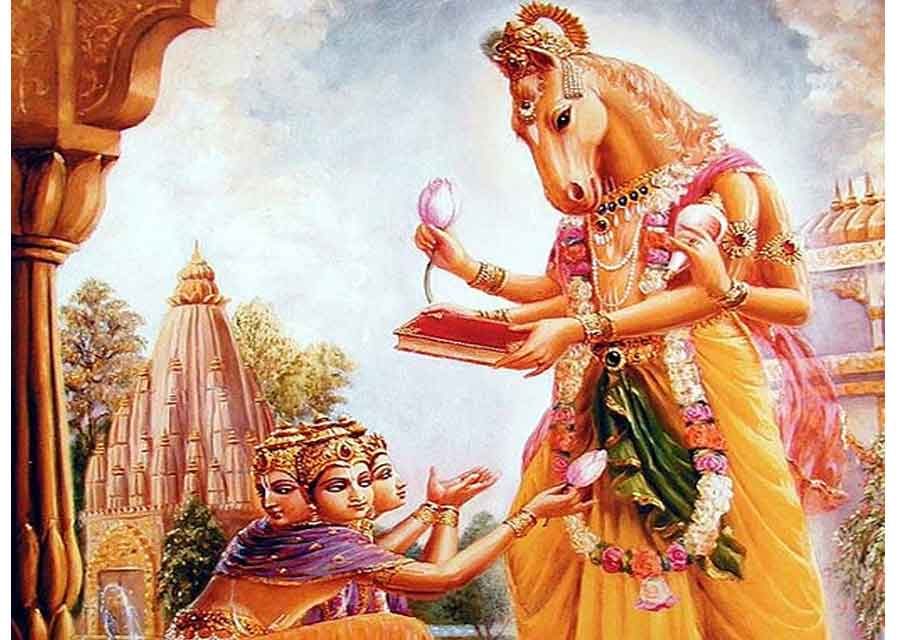 This is one of the most asked question in last one year since we started Hindu Media Wiki.

The traditions of Sanatana Hindu Dharma is very specific on the definition of Sanskrit terms like Guru, Sadguru and Avatar etc. (Currently all these 3 words are used often misused / misappropriated / distorted).

For eg: Only an Avatar can recognize another avatar.

A Guru by definition has to be enlightened, else he/she is an acharya.

A Guru is capable to “designing” a specific path for a disciple based on his/her tattvas and gunas. And there is a very specific method to evaluate the Guru based on

This system is a very vigorous system of evaluation. It is often very very difficult to find a Guru who passes the 4 parameters listed above. But if you find one who passes on all counts immediately go to him/her.

Till one finds such a Guru it’s best to follow an Acharya who is integrated to Shastras. Every Kriya suggested by the Acharya has to be backed up the “Shastra” and insist on producing the original Sanskrit verse.

Thankfully, there are many traditional Acharyas who follow the Shastras and more than glad to produce the original Shastras.

Even among Gurus, there are different Gurus who can “transmit” different areas of Shastras. When the Guru thinks the disciple is ready and has nothing more to add then Guru sends the disciple to the “next” Guru. This process goes on till the disciple is sent to the Sathguru. (Sathguru, as per Shastras, is a very specific Sanskrit term)

As per the scriptures, a right guru must be fulfilling two important qualities:

So the scriptures say as below:

-To know That (God) he (the seeker) goes to a guru who is well versed in scriptures and situated in Brahman (God realized) .

Maning
Therefore, the seeker approaches a good and noble guru who is skillful in the knowledge of the scriptures and the supreme and who having taken the shelter of Brahma stays satisfied in Him.

After following a guru for few years if you find you are not improving or he is not the right person, then the only thing you should do is to stop following him and without any ill feelings towards him, just try to find someone else.

Technically one can do a lot of things after he finds himself cheated or a prey to the media hype, but he should focus upon continuing his development rather than getting revenge minded and focusing on someone else’s ruin. Those negative feelings will only degrade him further instead of helping him move up.

Finding guru is actually a subjective thing. Even while one guru may work for a seeker, he may not be good for another one. And again, how would you know if he is God realized? Any one may show some cheap miracle or some spiritual power and can act as a guru.

So it is generally said that it is not the student who finds the guru, it is the guru who finds the student. For example, Vivekananda first didn’t accept Ramakrishna as his guru, even he mocked him. But later upon more interaction he felt his divinity and accepted as guru.

So without properly analyzing it is very hard to find out who is a true guru and who is not. It is because true saints even act opposite to their nature sometimes. So from my experience I would say if one has faith in God and genuine interest, then eventually he will find the right guru even if he falls prey to others many times.

On changing of Guru

The thing about changing guru is that, it should be done only when its necessary and required. So I said one can change guru when he is not finding any improvement after following him.

Because not all gurus are perfect or of the same caliber and qualification, one may not find perfection by following only one guru. So the scripture says knowledge cannot be stable through one guru alone:

There are also real life examples when a guru sends his disciple to someone else for further improvements. Also the other thing is that, one guru may be perfect in yoga but doesn’t know about devotion. So a student have to change his guru if he wants to learn devotion, knowledge or something else like it.

So there is provision for changing guru. But only when it is necessary and required. If one finds a guru who is perfect and satisfies the above mentioned two conditions, there is no reason for someone to change guru. Moreover, in that case changing guru will break ananyata (complete surrender to only one) and the student cannot proceed further.

So your saying that a guru cannot be changed is right and true, but only when one has accepted the guru as one’s true master and the guru also has accepted him as his dear disciple. In those cases, the guru and disciple become one soul in two bodies. Guru and shisya relationship is the most noble, divine and pure of all. It is one bond that never breaks. So before one has found his true guru, he can change many others. But once he has found him, there is no change.

“O Paramesani! And the Guru himself, is one who is clean of apparel;

charming; endowed with all features;

knowing the truth of all Agamas, the application of all Mantras;

He is the one who dissipates delusion and doubt;

Knows the meaning of gestures;

Who is wise and knows the pros and cons;

Whose attention is directed within though the look is outward;

In whose command lies Siddhi(fulfilment);

Knows the past, present and future;

Capable of check and sanction;

Instructing quiet, compassionate to all creatures;

To whose control are the movement of his senses;

Foremost highly solemn, knows the distinction between the fit receptable and unfit;

Is equal minded to Siva and Vishnu;

Condemns the doctrines of the unawakened;

Endowed with the powers of Mantra;

Speaks with prior smile;

Enthusiastic in the worship of his chosen deity, the Guru, the eldest, the Sakti;

Given to blameless ritual of three types;

Engaged in the practice of this science(vidya);

Distinguishing between good and bad;

With a feeling of oneness with all;

Without self desire and partiality;

Not selling mantra, yantra and tantra for the sake of money or learning;

Un-attached, without doubts, with decided views supremely confirming to Dharma, equal in praise and criticism, silent, without preference, free from disease.

O My Beloved! These are the characteristics of a Guru.”

As said earlier, this was about guru of Kaula sampraday, but you can relate. If you find one with these qualities them they are fit to be your guru. As it says, when the disciple is ready, Guru comes himself.