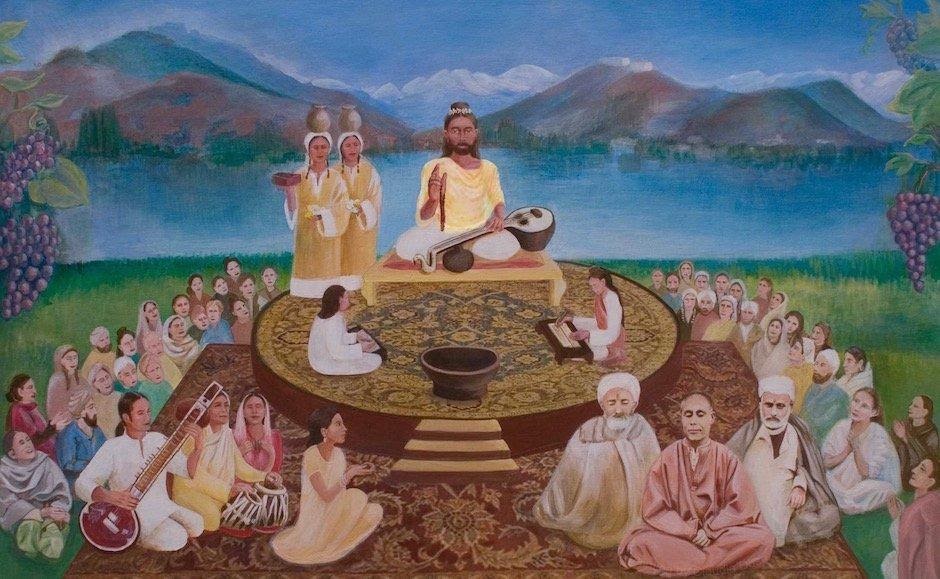 Kashmir has been the cradle of Saivism. Kashmir Shaivism is called Trika philosophy. Trika means threefold science of man and his world.

This Trika contains the science of individual(Nara) , शक्ति (the energy) and शिव (the Universal)

The purpose of Trika is to show how an individual rises to the state of universal (शिव) through energy (शक्ति). The Trika philosophy is classified by Abhinavagupta in four system which are

1.Karma: Abhinavagupta says that Karma deals with space and time. He explains that actually there is no space. When one deals with forms, the space appears. When one is established in formless state of being, for him there is no space. In the same way when there is something to be done, then only the existence of time shines and when you have nothing to do, then time has no existence.

2. Spanda: Abhinavagupta says that it is that movement which actually is no movement. Spanda makes us realise that whatever is in movement actually is established in unmoved point. So although everything seems moving actually it is not moving at all.

3. Kula: As for the Kula system, he says that Kula means the Science of Totality. In each and every part of the universe totality shines throughout. Take a small part of any object. In that part you will see the universal energy existing.

4.Pratyabijnya: The Pratyabhijnya system deals with the school of recognition.
‘प्रत्यभिज्ञा च भातभासमानानुसं वानात्मिका’
To make it clear, he explains that at the time of God-realization nothing new is realised; on the contrary, the Yogi feels that this state of God-consciousness which he was experiencing was already known to him.

Abhinavgupta was one of the most outstanding Acharyas of the Shaiva Philosophy. We leam from references about him in Tantraloka and Paratrimshika Vivarana that he lived in Kashmir about the end of the tenth and the beginning of eleventh century. He was one of the best authorities on Shaiva philosophy and various branches of Sanskrit literature. The great Acharya sat at the feet of many teachers for the traditional and authoritative knowledge. Such was his humility and devotion that these teachers imparted to him all the learning they possessed. The celebrated author of Kavya Prakash Rajanaka Mammatta calls him the Shankaracharya of Kashmir.

The earliest ancestor of Abhinavagupta was a famous Brahmin, Attrigupta, who lived in Autarvedi, the ancient name of a tract of land lying between the Ganga and the Yamuna. Attrigupta, a great Shaiva teacher, was invited by King Lalitaditya, who ruled over Kashmir from 700-736 A.D. A spacious house was soon built by the orders of the king on the banks of the Jhelum (Vitasta) for Attrigupta and a big Jagir was granted to him for his maintenance. Many generations after him, one of his descendants, named Varahagupta, became a great scholar of Shaiva philosophy.

All the eight yogic powers were possessed by Acharya Abhinavagupta.

This article was submitted by @world_sanatan.